I've got 3 honey gourami, male and 2 females, had them for about 6 weeks. The male has been showing off recently: 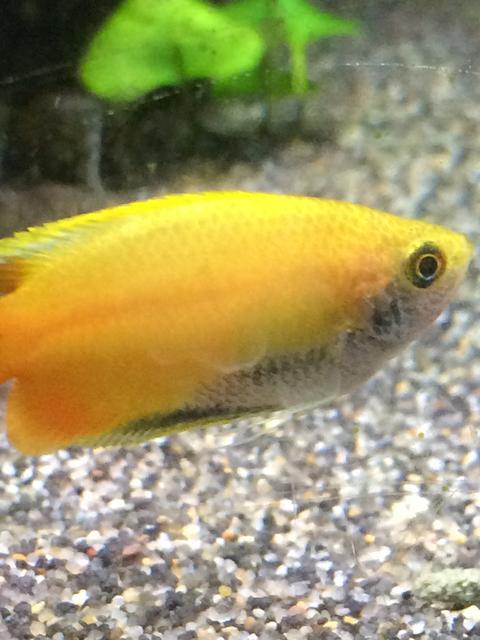 3 days ago, I trimmed lots of plants, and left the cuttings to float and they bunched up in a corner, now today I've noticed the start of a bubble nest [woo]
I also think both females are filling out, definitely fatter than the male, hoping that they have bred!

I meant to ask: How big are the bubble nests, and do I need to do anything? Had a look online but as usual found different answers.
Top

The bubble nests depend on how good the male is at making them, although I did notice that the females sometimes help.
Do you have some floating plants to hold the nest together?
When they spawn, the male wraps around the female and squeezes the eggs out of her. He then fertilizes them and pops them into the bubbles to mature and hatch.
Honeys are quite difficult to raise.
Top

Today I trimmed the plants, and removed some of the floating 'island' as its growing really well, being directly under the lights. My Gourami wasn't too happy! Every time I put my fingers in the water, he swam at them, like he was attacking my digits! Once I'd finished, he was back at the bubble nest, adding more, and seeing off any other fish that entered his territory, really chasing them away.
His colouring is really strong now, completely black underbelly, as I type this he's chasing the females as well. 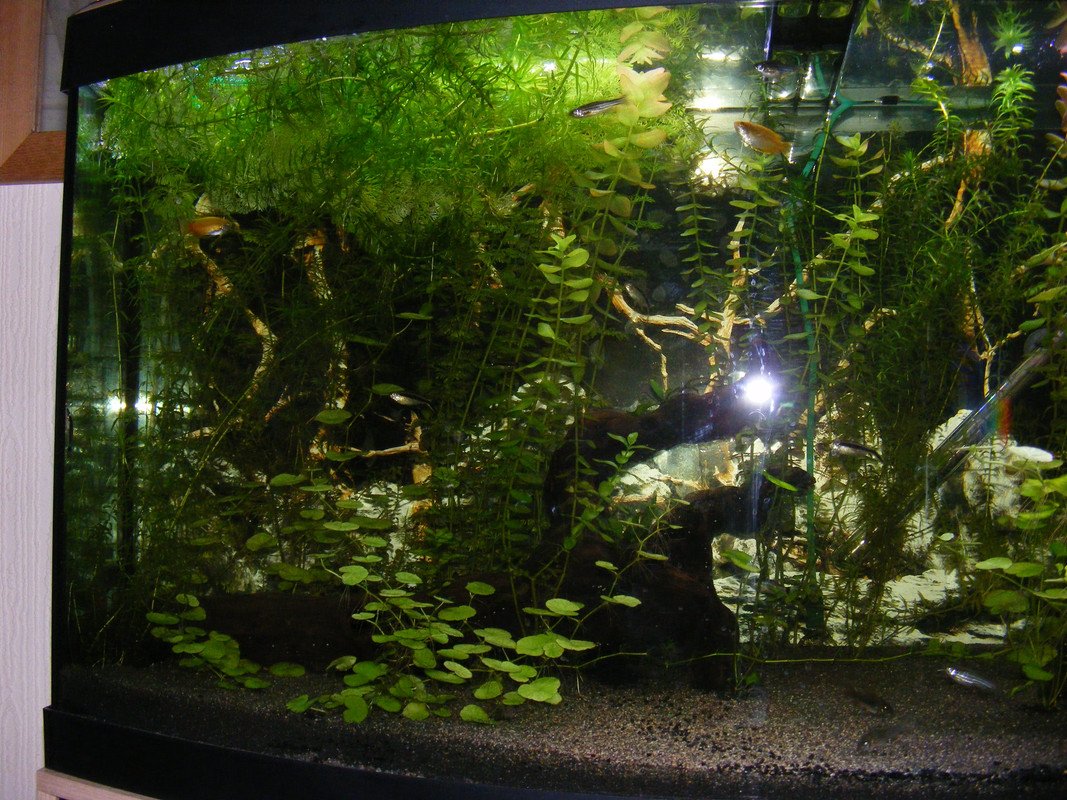 His nest is in the island on the left as we look at the picture, he's guarding it alright: should I do anything to help them along?

You will need suitable foods for the fry. Prepare a microworm culture and a brine shrimp hatchery.
Top

Mol_PMB wrote: ↑
Fri Dec 20, 2019 17:08 pm
You will need suitable foods for the fry. Prepare a microworm culture and a brine shrimp hatchery.

Both of those you mentioned will be to big for new fry from what i've seen.. You need to start an infusoria culture. The fry are a challenge to raise with large deaths expected. It's something i plan to do myself next year though.
Top

Sorry I’m unequipped to answer question but have one of my own:

What is that lilypad type plant in the bottom left corner please!?
Top

Sounds promising.
You will need to have some small food for them, maybe the infusoria for starters and the microworm and brine shrimp for a bit later. It won't be long before they will be big enough to take it.

What is that lilypad type plant in the bottom left corner please!?


Is it Hydrocotyle leucocephala? Certainly something similar to that.
Top