Just started on your fishy adventures, ask for help in here.
Locked
1 post • Page 1 of 1

Hello, I am new to fish keeping and have a number of questions regarding fish health. Many thanks for any answers or suggestions.

Background: I have a 46 litre (10 gallon) fluval tank, which I started using in September, I usually do around a 15-20% water change every week (with tap water conditioner). Since I started 5 fish have died: 2 sucked onto filter (I need to get a filter screen), one whose stomach became bloated (Dropsy?), one from being put in the new tank when I first started, and one for an unknown reason.

My questions:
About 2 months ago one of my tetra’s developed a white blob on its mouth and a tiny bit of white on it’s tail (I will try and post a pic). I used 3 weeks of ‘anti-fungus & white spot’ treatment at ½ recommended doseage (on the advice of the fish shop). There was no change. I was then advised to stop all treatment and let it heal. Over 5 weeks later it looks just the same – no better and no worse. Behaviour and feeding all normal.
1) Do I need to take any further action for this tetra?

My 3 guppy’s have been fine together, but in the last 2 weeks they seem to have become aggressive. Whilst I didn’t see a change in their behaviour, the tail of one of them has been badly bitten, and a second ones tail has been nipped all down the edge. I then introduced another guppy 5 days ago who is more aggressive. He is chasing them round all the time. And the tail biting has continued, especially for the most poorly one. The other two are just starting to turn and face down the new one.

2) Can I reduce the aggression? Should I return the aggressive guppy or will they reach a balanced hierarchy?

3) I feel really bad for the guppy with a badly bitten tail (I will try and post a pic). What can I do for him? Should isolate him in a hospital tank? (I have a 5 gallon tank available into which I have put the 30% water I removed from my bigger tank) 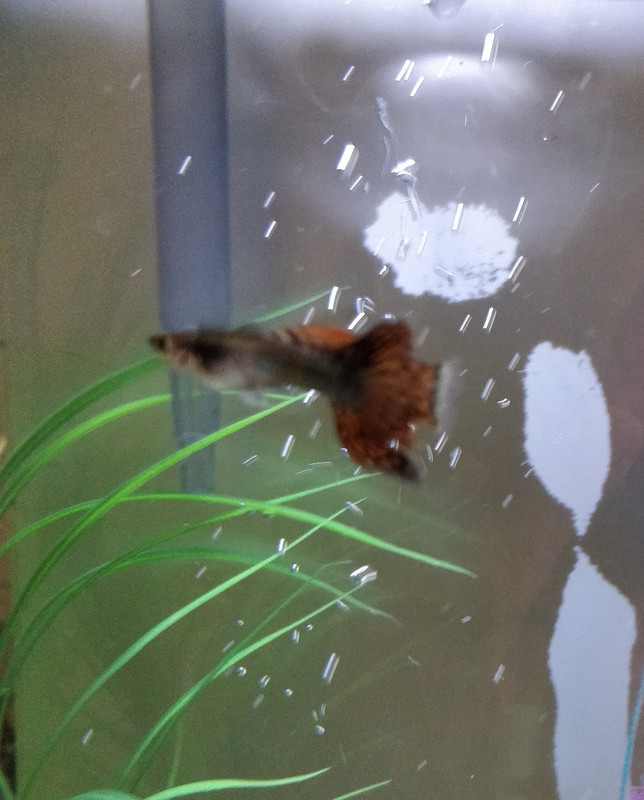 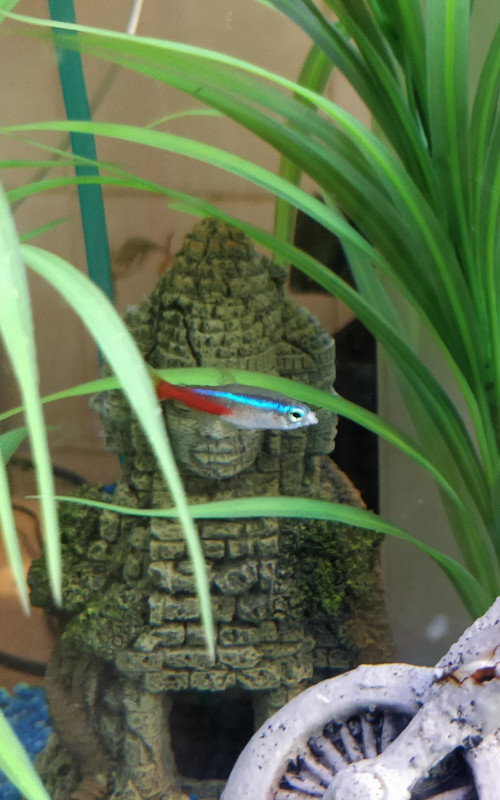