Because I have corys I tend to feed frozen every day anyway, but I think, with carnivorous cichlids anyway, I would do similar, or at least every other day.
Top

Stephen wrote: ↑
Sat Dec 28, 2019 9:34 am
The Hikari sinking cichlid Gold mini and Vitalis south American cichlid pellets (alternated) would be my choice as the Bolivian Rams like to sift through the sand for their food.
Also alternate with some fresh/frozen food once or twice a week and maybe some cichlid bug bites once a week will give them a good variety of food.

24C is on the lower end of their preferred water temperature, 25/26C would be better but that depends on what other fish you have in with them.
Keyhole cichlids would be fine at 25/26C

Yeah I thought 24C was a good compromise because my group of neons. Keyholes seem to be thriving at least, grown a lot and explore all levels of tank unlike the Bolivians who have their own sections on the bottom.
Yeah the blue rams & stuff I Know like it higher still which is what puts me off them for compatility.
Top

Jon_D wrote: ↑
Fri Dec 27, 2019 20:44 pm
MISTY.... How do you add the spirulina? I added it once some time ago straight into a spare tank, and the wretched water turned deep green and lasted that colour for ages. I'd like to use it as I have a full tin left.

As Gingerlove mentioned spirulina is already mixed in the food. I’ve got this one 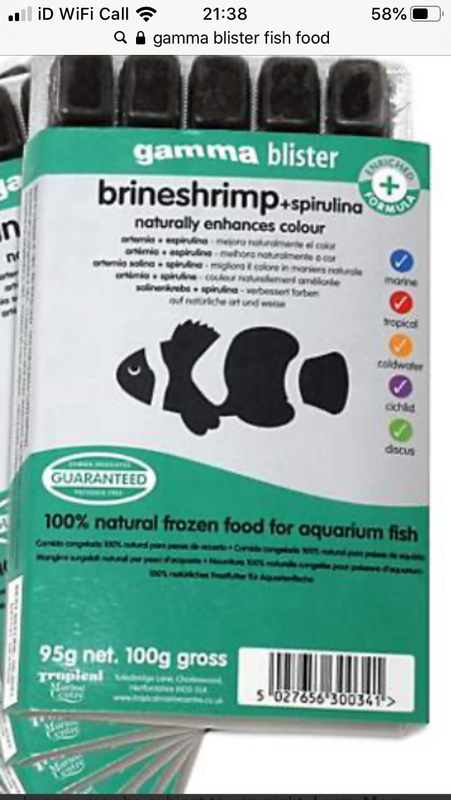 Thanks Misty the Gamma stuff seems to be a popular choice on here.
Top 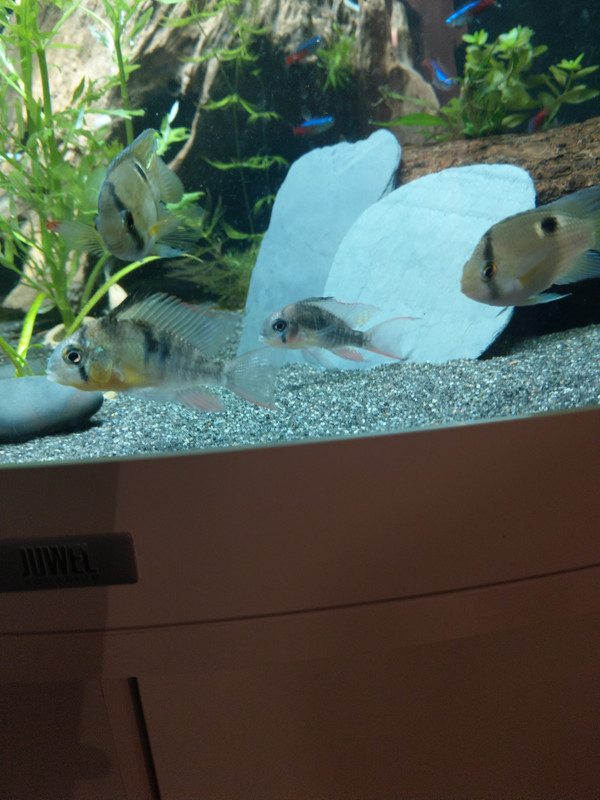 Is it just me or do their bellies look a little sunk?
Top

They do a little sunken. How are they eating?
Top

Eating OK little hesitant round the keyholes during feeding but always looking for it.
Top

Maybe increase their feeding or try putting food in their area so they can avoid competition with the keyholes. Or disperse the food around so they dont have to complete eg dose in two separate areas
Top

There's probably a reason why they were the last ones in the shop, looked like they were getting bullied by an angel fish and I took pity on them being my favourite fish. I'm a soft touch with things like that.

Ironically my local pets at home has some lovely colourful ones in just now, although i did see some in the same tank with sunken bellies too I assume that kind of thing would be extremely Contagious especially in their tanks.
Top

It depends why the bellies are sunken.
If it's just lack of decent food then it can be possible to reverse.
If it's internal parasites then it's harder to reverse successfully.
Top
Post Reply
40 posts

Return to “Food, feeding and diet.”