A place to keep us informed of the goings on in your tanks. - Tank Logs
Post Reply
805 posts

'Youd want to be able to take them out to cut them down with a hacksaw ideally, but couldn't see that as possible with them in-situ'

Ah yeah, good point. I was just fiddling around with the filter end of the pipes. There's no way I'd try and disconnect the pipes from the bottom of a full tank and trust it not to empty *shudders*.
Planted Fluval 240 Roma
18 Harlequins
18 Norman's Lampeyes
12 Amano Shrimp
8 Panda Corydoras
6 Kuhli Loaches
4 Otos
3 Pearl Gouramis
2 Assassin Snails
Top

Not really checked in since all the forum changes took place.

Rejigged Bertha, put in the wood from Dave's and spread the plants a bit. Initially I only put the wood as it had a heavy buildup of brown algae, which the SAEs and Ottos cleared in literally 10 minutes. Its since stayed.

Since moving the tank around, the various shrimp, including the dozen or so Cherries I added from D9, are out and about a lot more confidently. 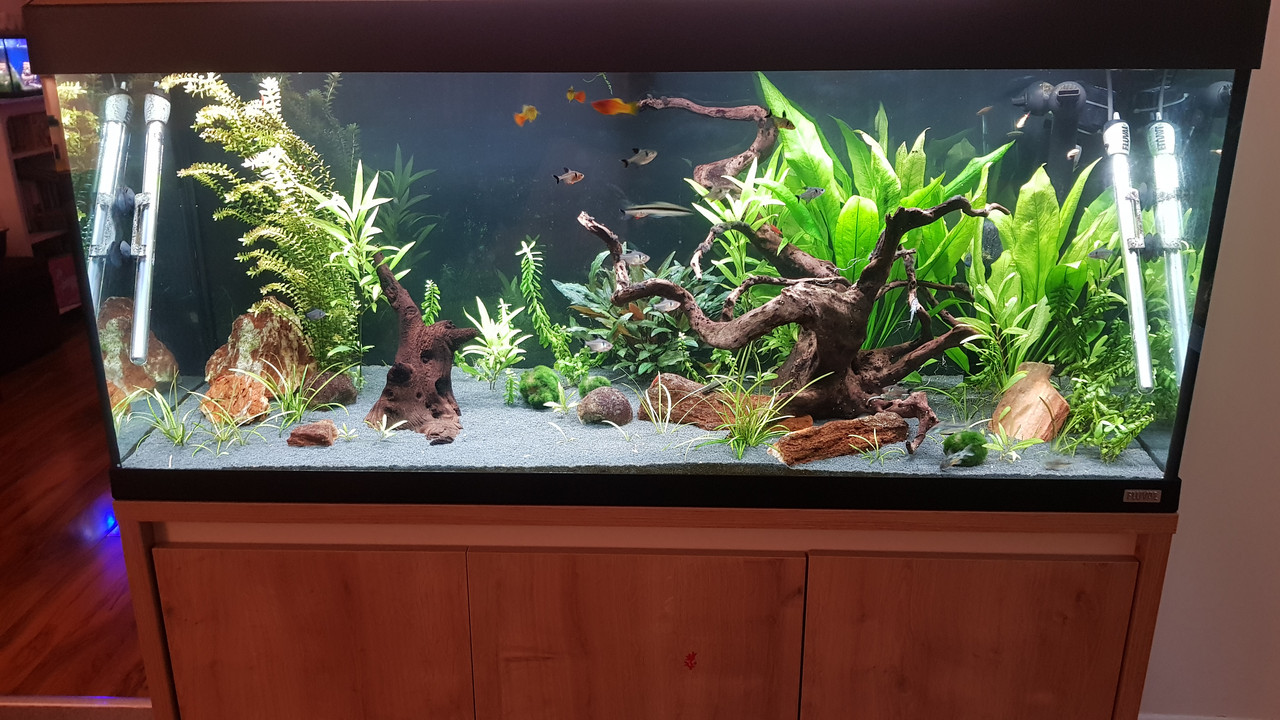 Dave's tank is still needing work, as ever. The brown algae is thick, probably from all the silicate from the stones, which I intend to replace as soon as I can. Last 24 hours he's constantly trying to escape, enough to make me think he's not happy now. I've increased the light timing and added a temporary air stone last night, and so far he's not tried to escape tonight. 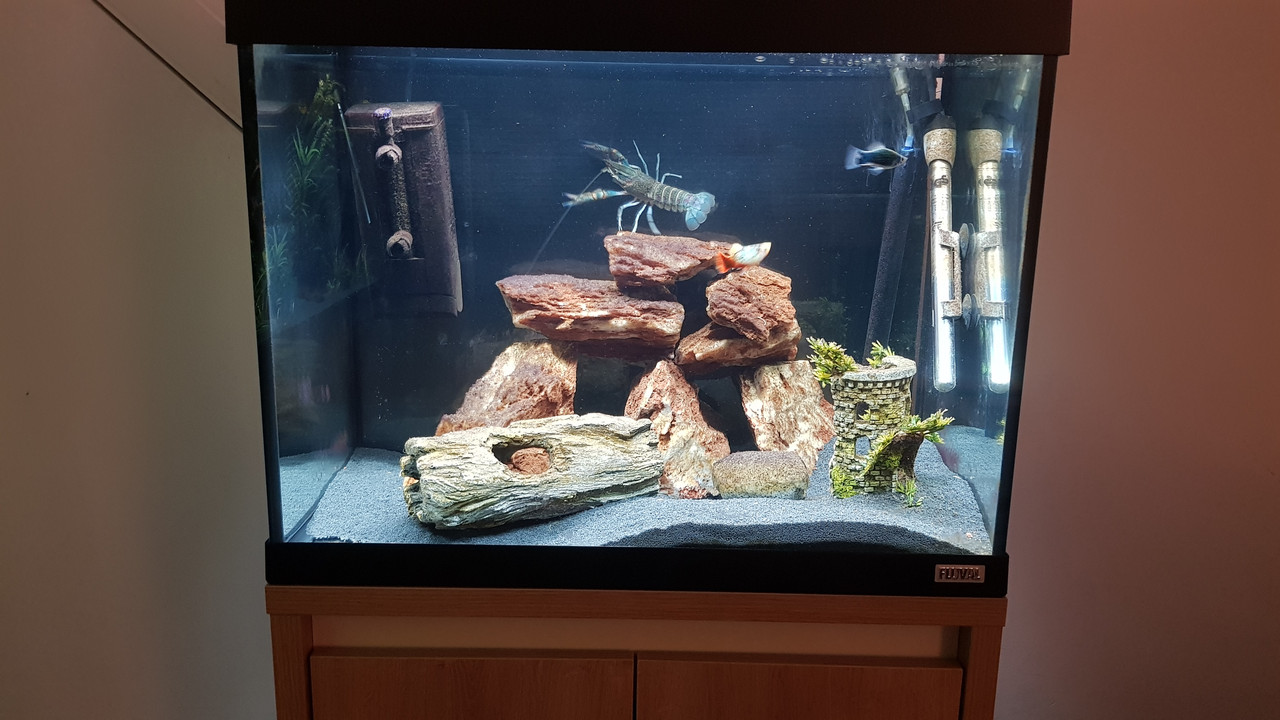 Would you dare putting Dave in Bertha for a little holiday ?
Top

...and then start planting afresh?

....and re-stocking with fish?

Keep giving him loads of veg to keep him happy.

I've forgotten how long the tank is, and he does look pretty big in there now........?? Maybe it is time for an upgrade?
Top

It's a Fluval 90 so only 2ft. The only upgrade option is to put him in Bertha sadly, finances don't allow another tank and I certainly would struggle for diplomatic reasons if you get my drift.

So yeah, choices ahead :S
Top

Would you be better with a riparium (hope that’s the right description) type tank for Dave, drop the water level a bit, I’m sure I read that they do sometimes like to come out of the water every now & then, not sure if that’s all species?? They do like to climb and explore so may not be unhappy at all, just curious
Top

Crays aren't like crabs, they prefer to stay in water and don't do well out of it. Crab tanks are often set up incorrectly, with no way of them getting out of the water.
Can you not just swap the 2' for a 3'? I managed to wangle it for the guppy tank when it started leaking, just "got a good deal on the tank, it's in the same space and it doesn't actually take up more room"........

plankton wrote: ↑
Fri Nov 22, 2019 8:03 am
Crays aren't like crabs, they prefer to stay in water and don't do well out of it. Crab tanks are often set up incorrectly, with no way of them getting out of the water.
Can you not just swap the 2' for a 3'? I managed to wangle it for the guppy tank when it started leaking, just "got a good deal on the tank, it's in the same space and it doesn't actually take up more room"........

Was just thinking the same. Swap over, then sell the 2' and, if you have a bit of a nose for a bargain, you might come out not having spent any extra money.
Top

Well it's also space. The 2ft is where it is as it sits snug between the door and the under stairs cupboard, near the 240L, so it's sort of an aquarium corner. Old posted photo below:

A 3ft just won't fit there. There is one option I can put forward, but it'll involve re-arranging a lot of other furniture and definitely won't go down well this side of Christmas. My wife absolutely loves him, so once he does get properly too big for the 90L I should be able to sort something then maybe.

In other news, I re-levelled his sand today during a clean out, and less than an hour later he's almost entirely piled it back in one corner again. Check out the vid.