A place to keep us informed of the goings on in your tanks. - Tank Logs
Post Reply
826 posts

Remember that bettas only live 2-3 years, except the "giant" ones who live up to 5 years, but I've not seen the giants for ages.
Top

Glad it worked out for ya!
Top 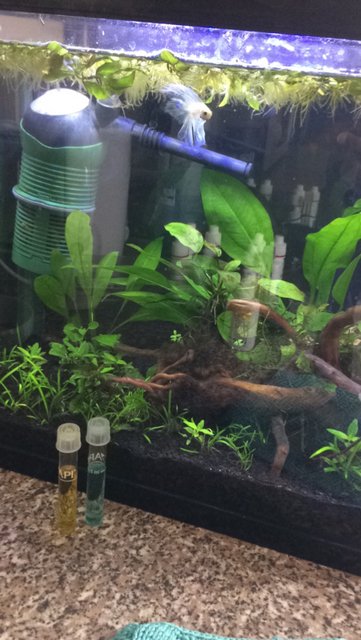 All continues well in Ghost’s current home; phew! He’s such a character; as soon as he sees anything moving in the kitchen, he pops out his wee wood tangle to say hello (although my son points out that he doesn’t *actually* say hello because he’s a fish and fish don’t speak English)

.
The Fluval is still showing 0/5 so just waiting on that magic moment when the nitrite test doesn’t change colour! (And yes, i’m Adding 2ppm ammonia daily before anyone says anything

). Looking forward to stocking that one, especially as my Mum has just been on the phone and is sending money next week for a treat (she got a work bonus) so fish are on her!

And birthday money is getting poured into this one for Ghost to go into alongside some Rasbora. 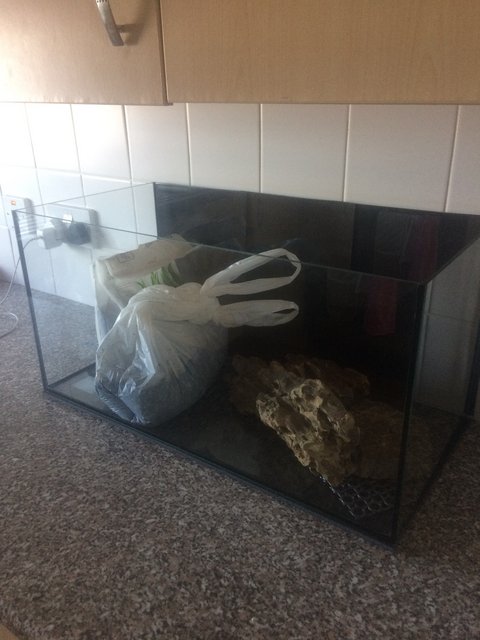 Luckily I have the rocks (suitably filed to get rid of rough edges), sand and soil left over from other projects, and all plants will get transferred from the current tanks with maybe just one or two new ones to bulk it out. The filter and lights are arriving tonight and i’ll then be able to put together the specs for a lid (acrylic because I don’t trust myself to move a glass one twice weekly for tank maintenance

). It’ll rest on top, with cut outs for the cables to exit and a wee bit cut out for feeding. It’ll be a while in the making which should hopefully ease my MTS itch until Christmas

Oooh....new filter is actually a bit of a beast 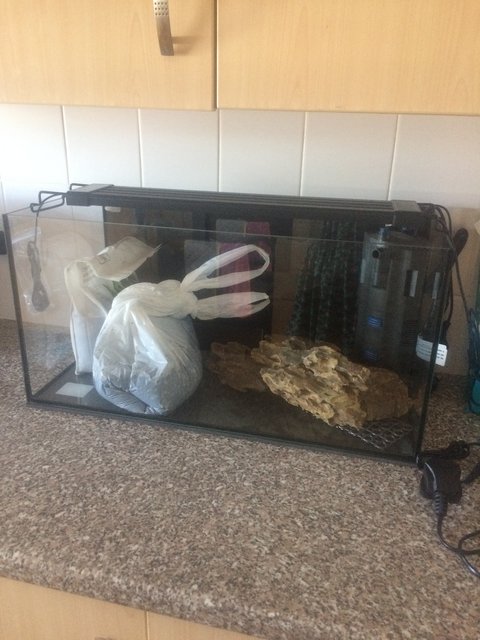 Oooooh.....blue nitrite, I repeat BLUE NITRITE. The Fluval might be almost ready for fish!!!! I’ll be doing water changes today so will re-dose and see if it’s still blue tomorrow

Sensible brain (I know, I know, make the most of it!).
Fluval filter contains a bag full of media and gravel from previous minnow tank, in addition to the media and sponge that came with the tank.
I have a new tank with a new filter....so I could fill one compartment with some of that spare media. Might knock the Fluval back a few days but speed up the new tank. I could (sob) hold off stocking the Fluval until the new tank was ready and then order all fish together to save on two lots of postage (I might be able to get the Rasbora locally but might not).
I’m waiting on an extension cable for the new tank (always the obvious thing you forget!) and I need to source a lid but that should only be days not weeks.
Sometimes I hate being sensible
T1, 29L: Ghost (Betta) and Pumpkin (nerite snail). Added 17/7/20.
T2, 57L: 8 Cherry Barbs added 02/08/20
T3, 54L: set up 29/07/20 with media from T2.
Water: pH 6.4, kH 1, gH 2.
Fish fiend since October 2017.
Top

Amidst the birthday chaos.... 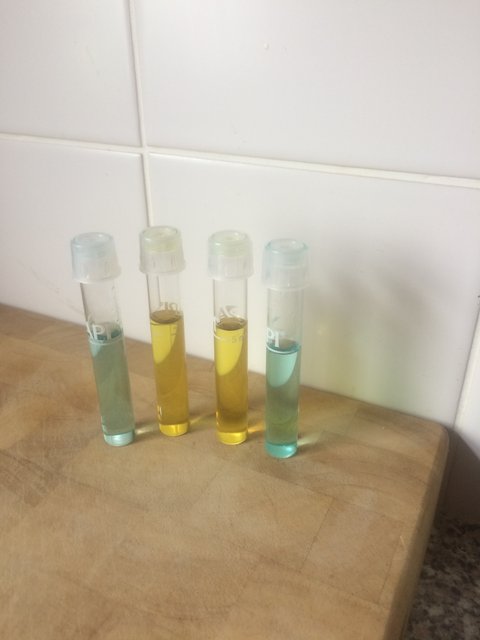 Day 3....we are officially cycled! Guessing the Stability did something to help after all as that was 18 days. There was some media and gravel from a previous tank that might have helped but they’ve been out of use since I changed the filters around initially in early June. Either way; yay!
My egg crate has arrived so I can start setting up the new kitchen tank today and split the media etc. Ghost’s tank is still very much 0/0 so I can drop the testing to every other day now. My step-mum is popping round for a visit shortly and I hope she laughs at the extra tank rather than raising her eyebrow