A place to keep us informed of the goings on in your tanks. - Tank Logs
Post Reply
19 posts

I've decided to start a log on the forum documenting our attempts to breed our apistos. We've got three females living in our 125L tank. I bought them as juveniles, hoping they wouldn't all be the same sex. That didn't pan out, but one or two of these lucky ladies will be moved into my 60L tank, where she will meet a male. I haven't met him yet, either, but the LFS reckons they can source a male by the end of this week. If they can't, my girls will try their hand (or fins) on fishy Tinder.

I have no idea what I'm doing. If this goes perfectly smoothly and we get babies without multiple screw ups, I will be astounded. 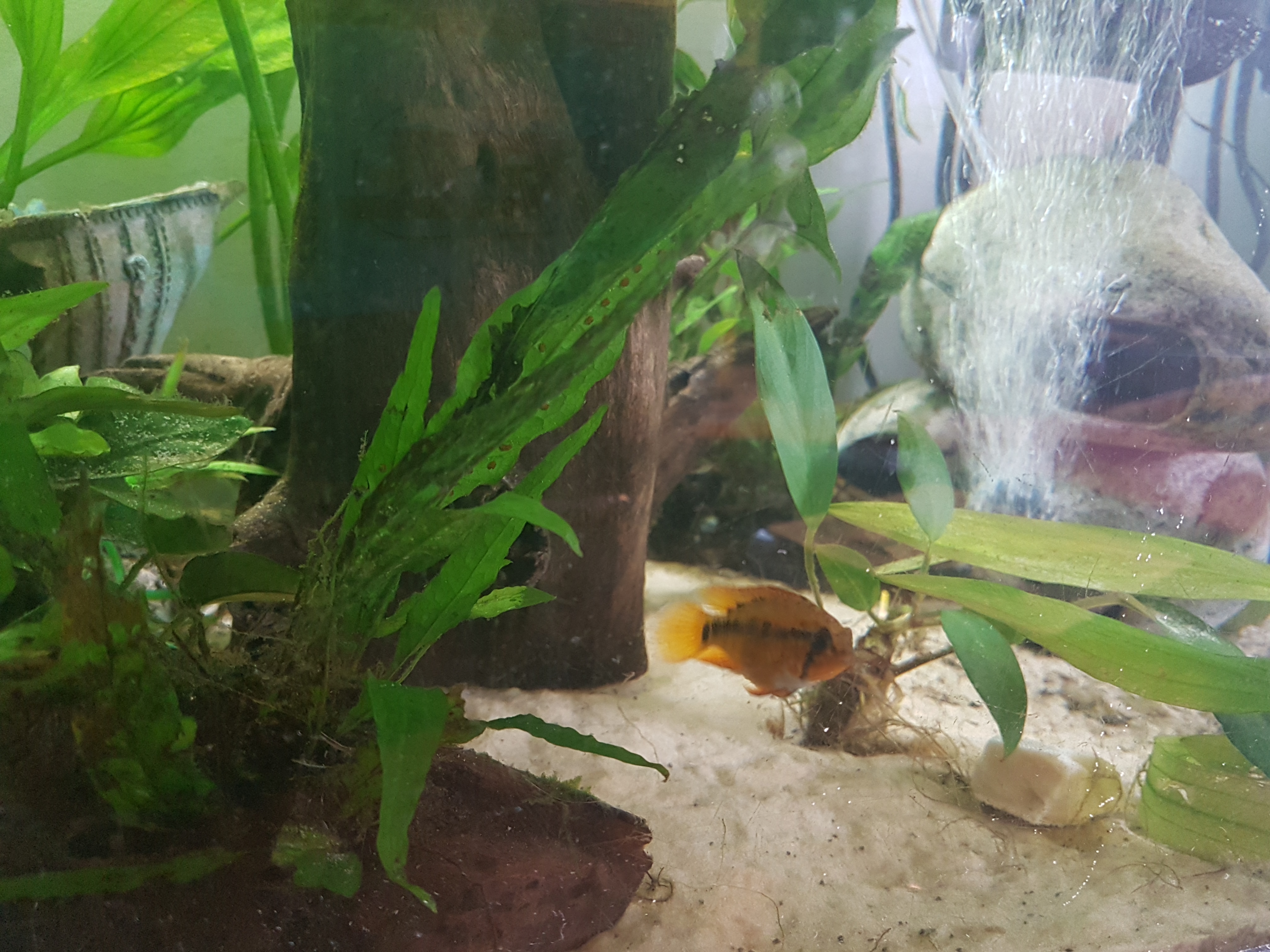 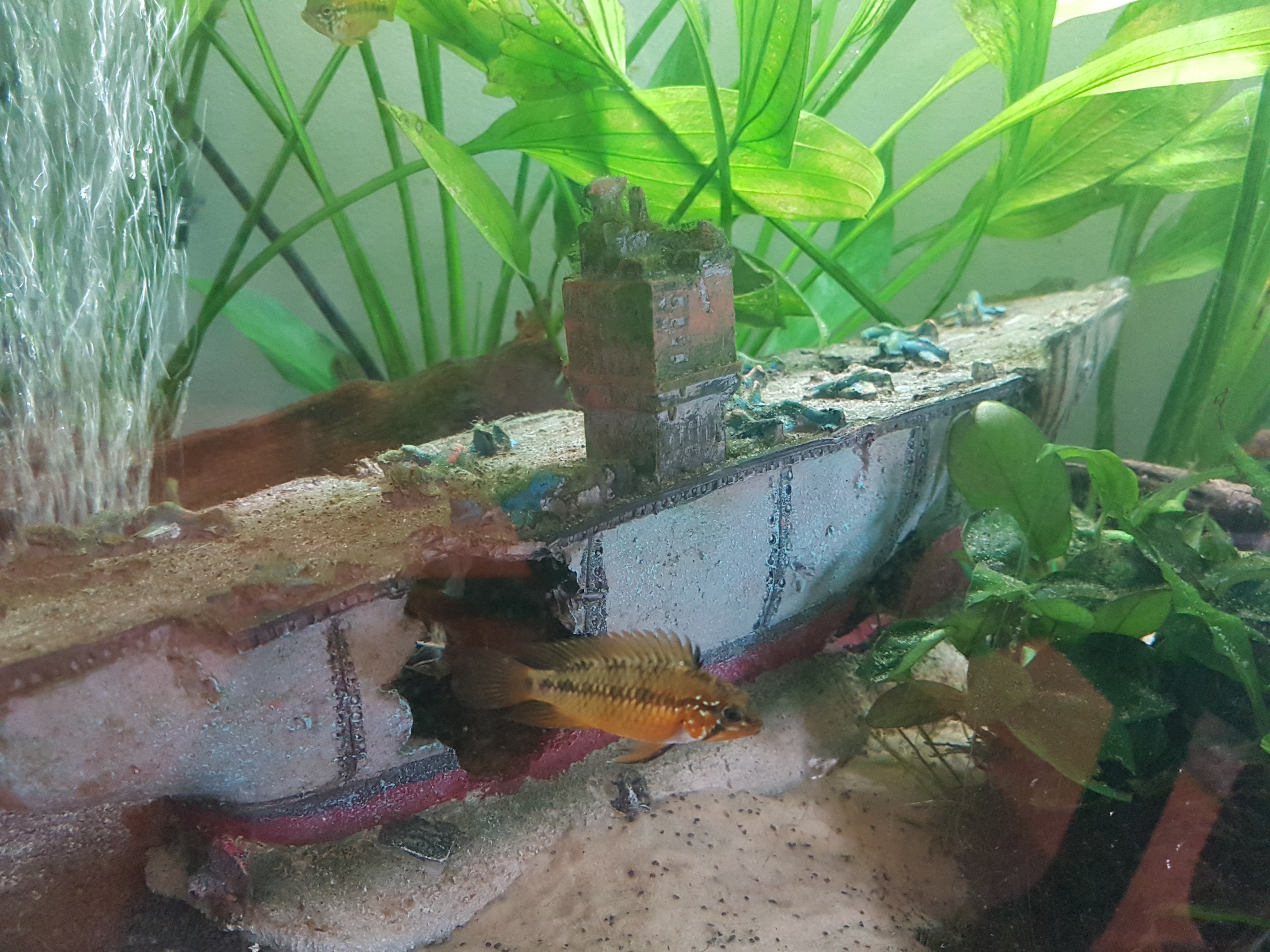 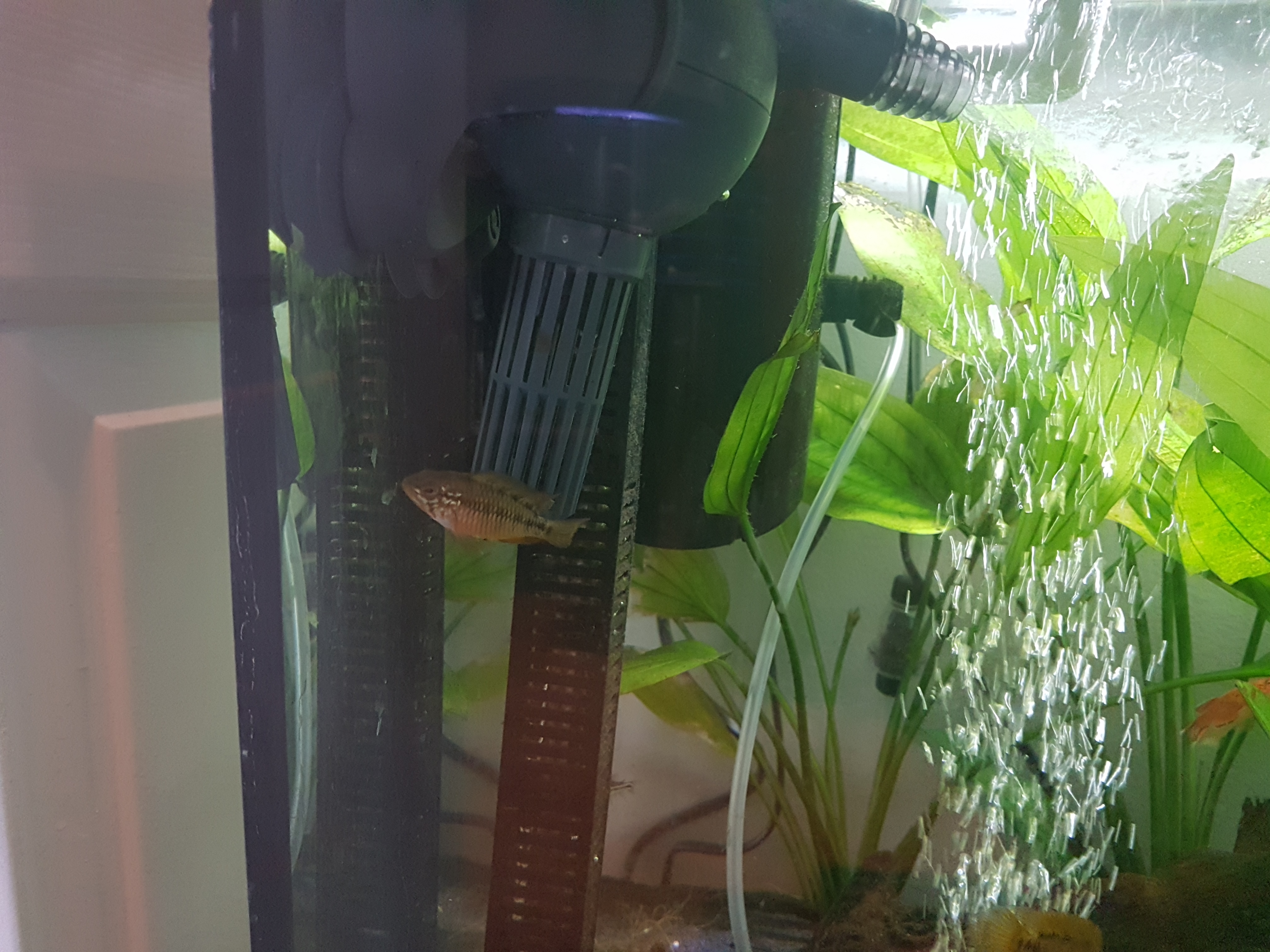 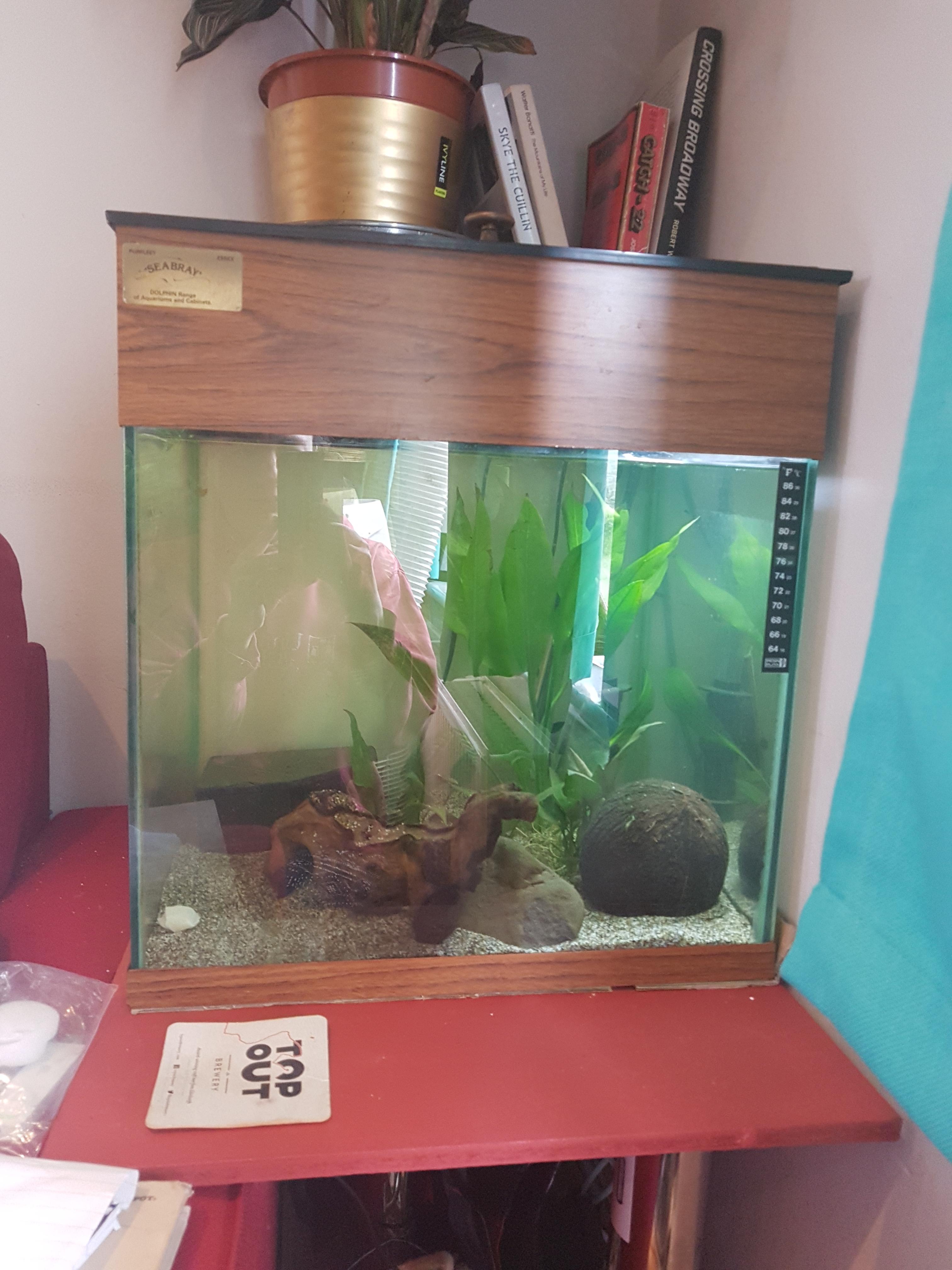 I may be wrong but I believe you may have more success if you add the male to his harem
80L :: The Fireplace Community:: Platy :: Neon Tetra :: Ember Tetra :: Panda Cory :: Ottocinclus
300L :: The Sunnyside 300 :: Dwarf Cichlids :: Bleeding Heart Tetra :: Rummy Nose Tetra
24L :: Eddisons Castle in a Cube :: Platy Nursery
Excel Tank Logs
Top

I love all the apistogramma breeds. Lovely looking fish and interesting to boot. It sounds like an interesting project ! Are they meant to be good parents? Ie can you leave the fry with them ?
Top

So should we get the breeding tank running with the females and then add the male?

In theory, we can leave the fry with the parents. People on Apistogramma.com (I know... this hobby just gets geekier) say that sometimes that works, and sometimes the parents eat the fry. Depends on the individual fish. I guess we'll have to see how it goes!
Top

there are also those who say to remove the male after the eggs laid/fertilised or fry appear as the mums can pick on them
80L :: The Fireplace Community:: Platy :: Neon Tetra :: Ember Tetra :: Panda Cory :: Ottocinclus
300L :: The Sunnyside 300 :: Dwarf Cichlids :: Bleeding Heart Tetra :: Rummy Nose Tetra
24L :: Eddisons Castle in a Cube :: Platy Nursery
Excel Tank Logs
Top

I’ll be watching with interest.
We’ve had a few breeding attempts from our apisto cacatuoides. First batch from our first ones we had 12 survivors.
Our latest pair haven’t quite got the hang of it yet, but batch 4 are in the wiggler stage, so i expect to see them out and about with mum in the next few days. They generally eat the eggs and fry if they aren’t happy with something or they’re inexperienced and think the fry are food.
Mum will definitely take care of the eggs and fry, she might or might not accept the male being around for it. Our first pair worked together, with dad even hearding the fry while mum was off chasing the other fish. Our current pair breed and then we have to move the male, otherwise she starts beating seven shades into him. Nothing too bad so far just torn fins, worst injury was she ripped his first 2 rays off his dorsal fin.
It might be worth trying to set the breeding tank up, and adding them together, this was how our first pair (well 3 females, 1male in 180l) were introduced. The females will establish their territory with the male around and might be more accepting of him parenting, but i would keep a close way either way you do it. Its the females you have to watch as they can get hyper aggressive and kill males.
Hope that makes some sense and I haven’t rambled too much

Good luck with this! Raising Fry is the holy grail of fish keeping!
Top

This could be an opportune moment to link you to a video that I put on YouTube - was it really six years ago?!

If you've ten minutes and nothing better to do, you may find vaguely of interest!

However I can't do links on this tablet, and Mrs. V! has commandeered my PC (she has rediscovered The Sims!) so the best I can do for the moment is to invite you to search YT for "BorelliTank" by user 'oglet81'.

[Fellow refugees, of a certain vintage, may well already have seen it]
Top

I remember you linking it, although i didnt think it was 6 years ago