We had our bathroom done eight years ago. At the time I had a collection of tubs, buckets and other containers in the garden in which fish food grew. As some of you know, I put the old bath in the garden and decanted the contents of all these containers into it. Over the years it has done sterling service and generated oodles of wriggling food. It has suffered minor reverses : the Great Diving Water Beetle incident comes to mind, as does the effect of putting exhausted microworm culture medium into it. But I think now at last I have to reset it ... and come to some arrangement with visiting tradesmen.

My 'search' of the forum didn't turn up the most recent reverse, maybe a couple of years ago, which was a leak from the plug 'ole. That was fixed successfully and the bath returned to its previous state.

I noticed perhaps two weeks ago that the quantity of Daphnia in the bath was declining, though the population of Asellus continued to be very healthy with loads of the babies that I put in to my fish tanks for the residents to hunt. I figured the Daphnia drop-off might just be connected to the relatively cold/cloudy weather. So, other than supplementing their food supply I left them to recover.

By this morning they still hadn't recovered - there are only a very few visible. I noted this when I went out to collect some blackworms to bring indoors.

This is an indication of what I'd expect to be there, blackworm-wise (the pic was taken on a hot day when the worms typically migrate to better-oxygenated water nearer the surface) 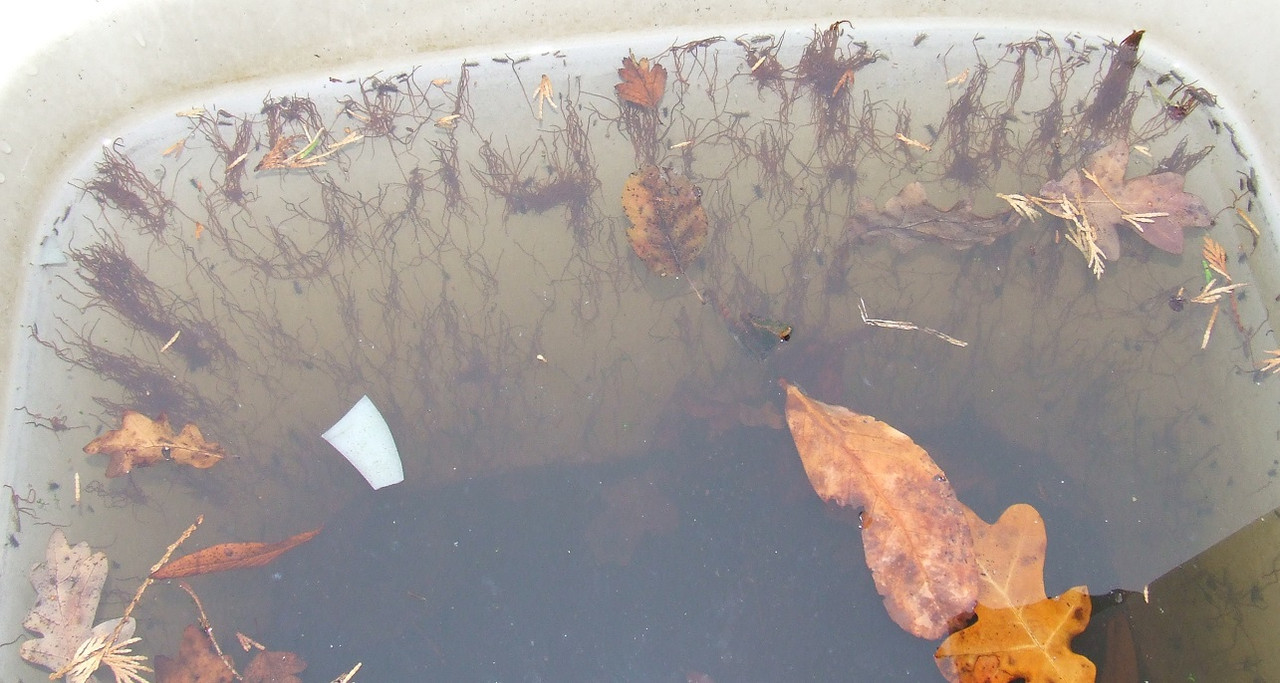 However, this morning I couldn't find any worms in the handful of sludge I extracted. Nor could I find even one in several more handfuls examined over the course of the hour or so.

Just before the current Covid-19 thing I'd decided to engage a window-cleaning service. Showing them round what I wanted to be cleaned periodically I specifically mentioned the bath and the reason that I didn't want this one window to be cleaned : 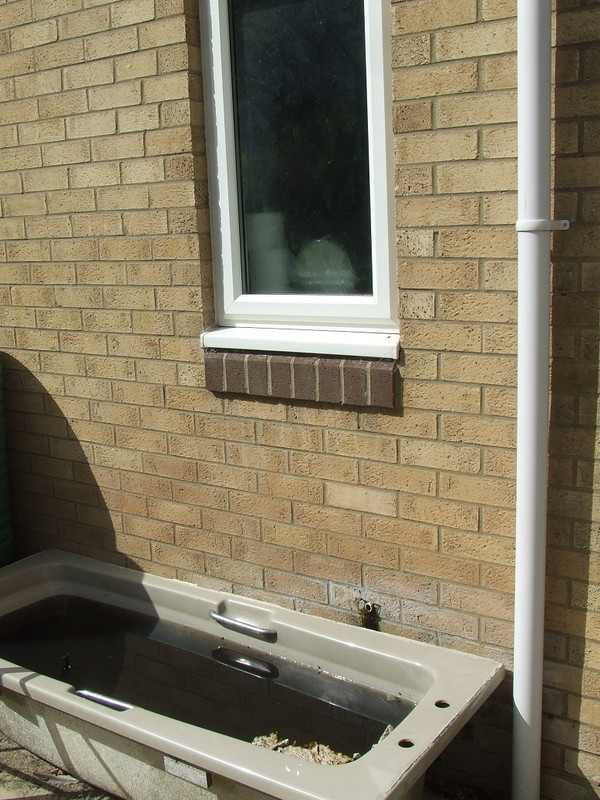 That was OK then, but now that they've resumed window-cleaning operations I suspect that original advice was forgotten and a load of soap has fallen into the bath. I shall have word and will cancel the service if there's any doubt that they'll be able to avoid this happening again.

So I've got to figure out a way to rescue as many of the bath's remaining residents as possible then drain, dredge and clean it before resetting.

In the meantime I need some blackworms for my indoor project. Does anyone have any, by some chance?
Top

That's a real shame, hope you find some.
Top

A long way to ask a quick question.

When I win the lottery I’ll resurrect The Aquarist & Pondkeeper. A few ‘old-timers’ (and I mean that in the best possible taste) can ramble to their heart’s content about anything and everything fishy. I’ll be in touch, if you’re interested.

Sorry, I have no blackworms.

You could put a small notice there.... “Don’t clean this one”.
Top

Sorry Andy but I don't have any blackworms.

The window cleaners arrived this morning. They said they'll "put a note in the book" that the two windows shouldn't be cleaned with soap.

I've acquired some replacement blackworms who are currently in a holding tank indoors. I put my biggest net into the bath together with some food, so I'll be able to rescue at least some of the Asellus once they've populated the net. The very few Daphnia that I can see are all tiny, but I'll collect what I can of them and put them with the blackworms pro tem plus some snails, any Ostracods that I can find and a handful of gunge from the bottom of the bath. Then I can empty and refill it and hope that "the note in the book" works!
Top

Glad you found some blackworm.

@Stephen : Thanks - it was an ebay job in the end!

@mikeyw64 : it would be good to be able to do that, Cap'n, but unfortunately their visits aren't predictable to the day, either by them or by me! But thanks anyway.


It's going better than I expected, in that there are in fact zillions of baby Daphnia but (so far) I've found only one adult. I'm passing the bathwater, five litres at a time, through an Artemia sieve and dumping the captured creatures in a tank of RO/DI (it's the one behind the snooker) : 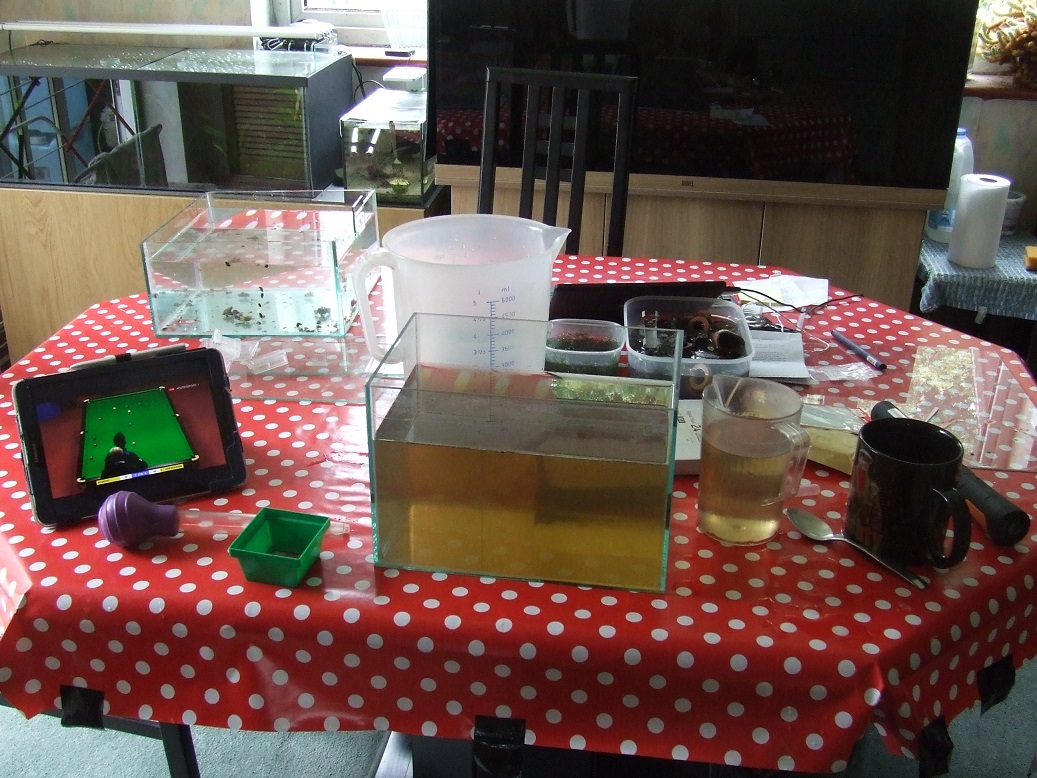 I've had a squint at the water that's passed through the sieve. Even at the highest magnification that I can manage (x600) nothing appears to be moving. So it looks as though what's happened is that the soap has nobbled the population of suspended micro-organisms that the Daphnia use as food, so the young ones have been dying of starvation. They've now got food (ZM Invert Food) so I hope they'll be happy enough until I can put them back in the bath.

I've already captured loads of Asellus and snails - they don't, in the main, feed on suspended microcritters so evidently the concentration hasn't reached the point where it would upset them.

I'm about halfway through ... 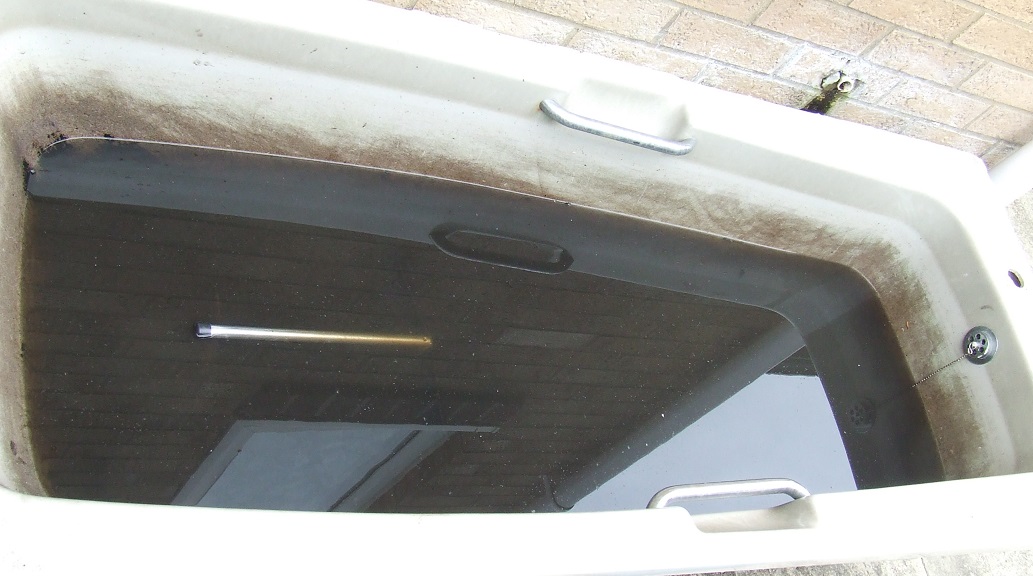 ... but I've just removed all the wood from the gloop at the bottom and everything has gone murky. I'll wait for it to settle and resume. That may not be until tomorrow now (cricket on the telly this afternoon). When I'm done I'll try to do a video of what I've managed to rescue.
Top
Post Reply
16 posts