Got stuff you no longer need? post here and give it a new home
Post Reply
18 posts

This is the last batch of young I have and while they are not ready to go yet, I though I'd post early, so if any of you wants any wild Endlers or knows someone who might want some of these will plenty of time to decide. None of these fish have ever been mix with any type of Guppy or Endler as far as I'm aware.

Originally collected by Philippe Voisin in 2013 from a channel, South of Cumana City, Venezuela February 2013. Imported by Alan Dunne into the UK September 2014. 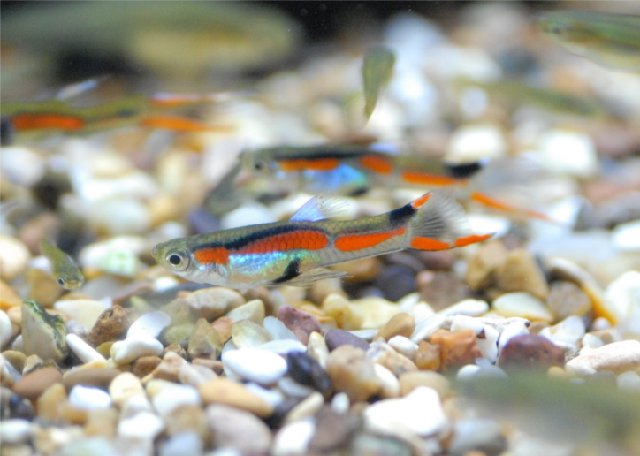 I purchase them originally from Tartan Guppy, in Paisley, Scotland.

Collection from Sheerness, Kent.
You know when your getting older when you start talking about growing house plants!

That is a lovely looking endler livebearer.

Just to remind people that Endlers require alkaline water (pH above pH7.0) which is also hard (15dGH+) and kept at a tank water temperature in the region of 25-28C (77-82F).
You don't need a big tank to keep Endlers, something about 18 inches (45cm) is plenty big enough for quite a group.
The water at Sheerness is hard at approx. 16.9dGH (German) according to Southern water.

Look lovely @Martinspuddle Shame I can't get any for my 125lt tank, they sound like a fish that would love my hard water

They do famously well in our water.

You know when your getting older when you start talking about growing house plants!

They are beautiful little fish

Hope you can find good homes for them

Hope you can find good homes for them

Thought I'd list here first this time, if not they going to my LFS.
You know when your getting older when you start talking about growing house plants!

Nice video Martin, they look stunning. I may keep my 125lt tank hard water if I can find some beauties like you have. I am sure you will have some very happy customers, or a very happy lfs

If you ever want pure Endlers, I highly recommend Tartan Guppy but be aware these fish are not cheap. Mine cost £30 delivered for one pair (good grief I here you say!) BUT, bearing in mind every batch I took to my LFS which numbered 40-50 Endlers, he was selling for £3 per Endler and my dealer would give me a £25 credit note each time. Two years and I got my original investment back five times over.

You know when your getting older when you start talking about growing house plants!

They are lovely endlers Martin.

Nice to see them natural, they are getting rarer in the wild.

Return to “Free to a good home”